Note: more VIIRS and MODIS data has been added below. 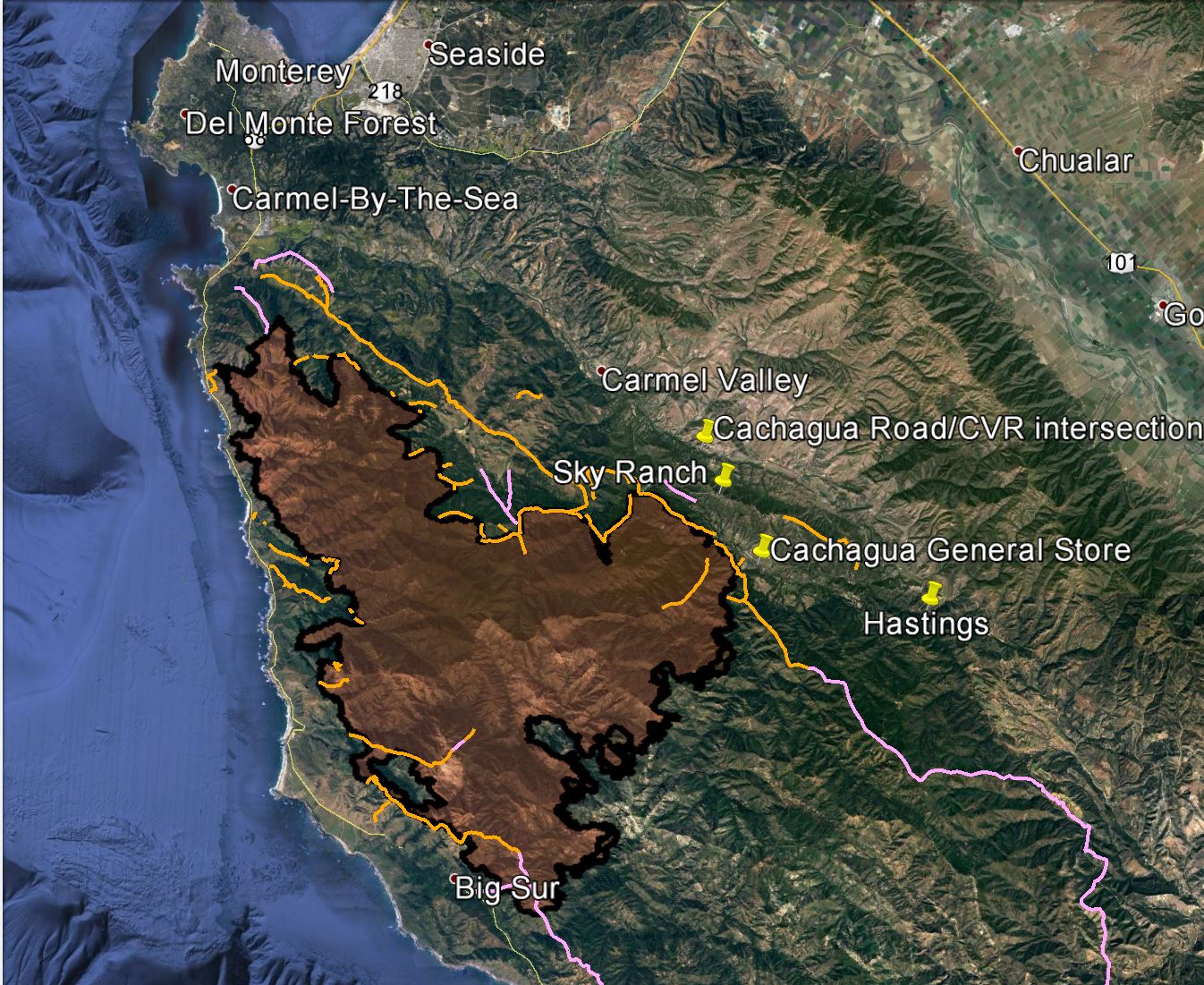 In the west, the expansion is mostly away from structures: 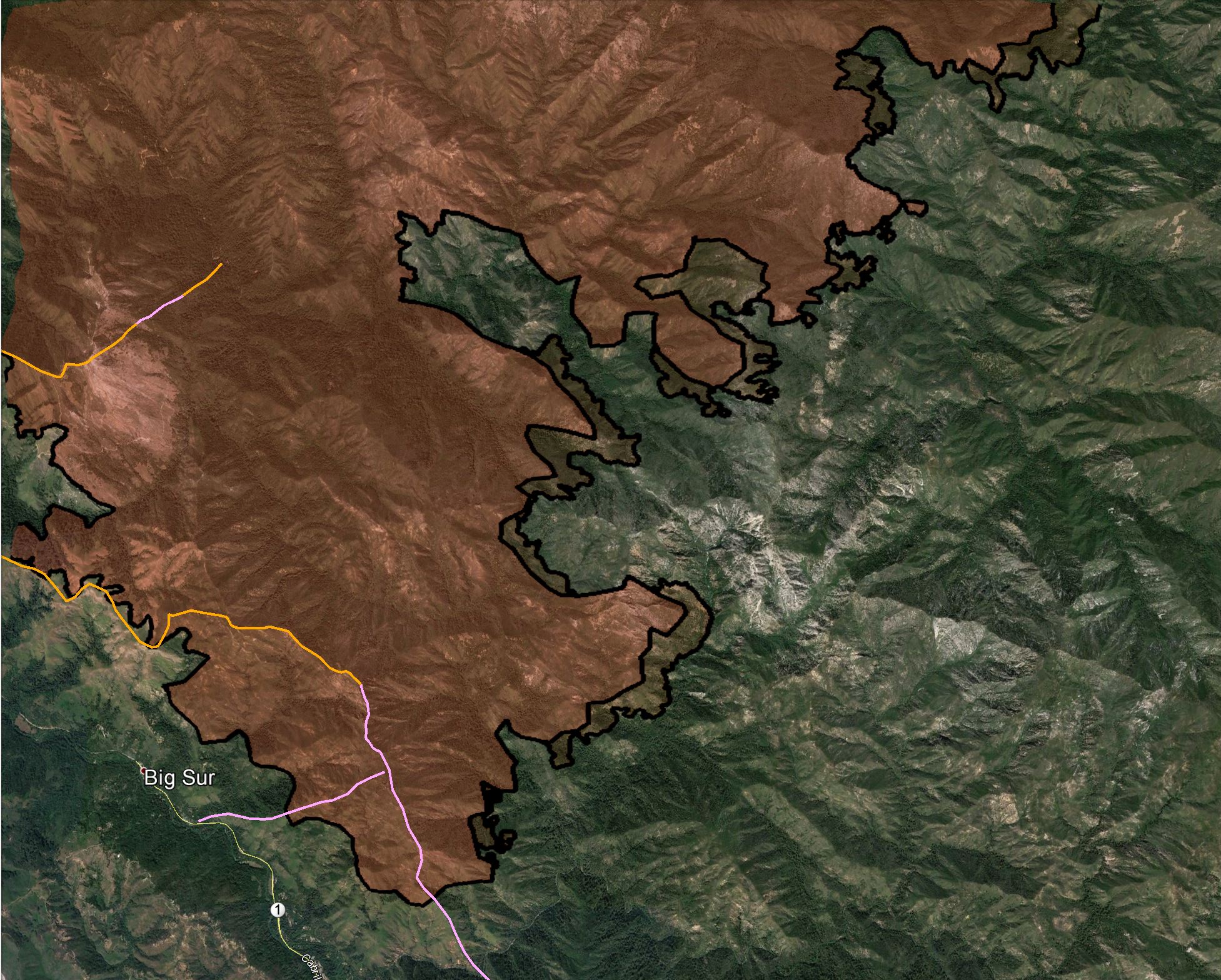 In the east, the gradual push to the southeast continues: 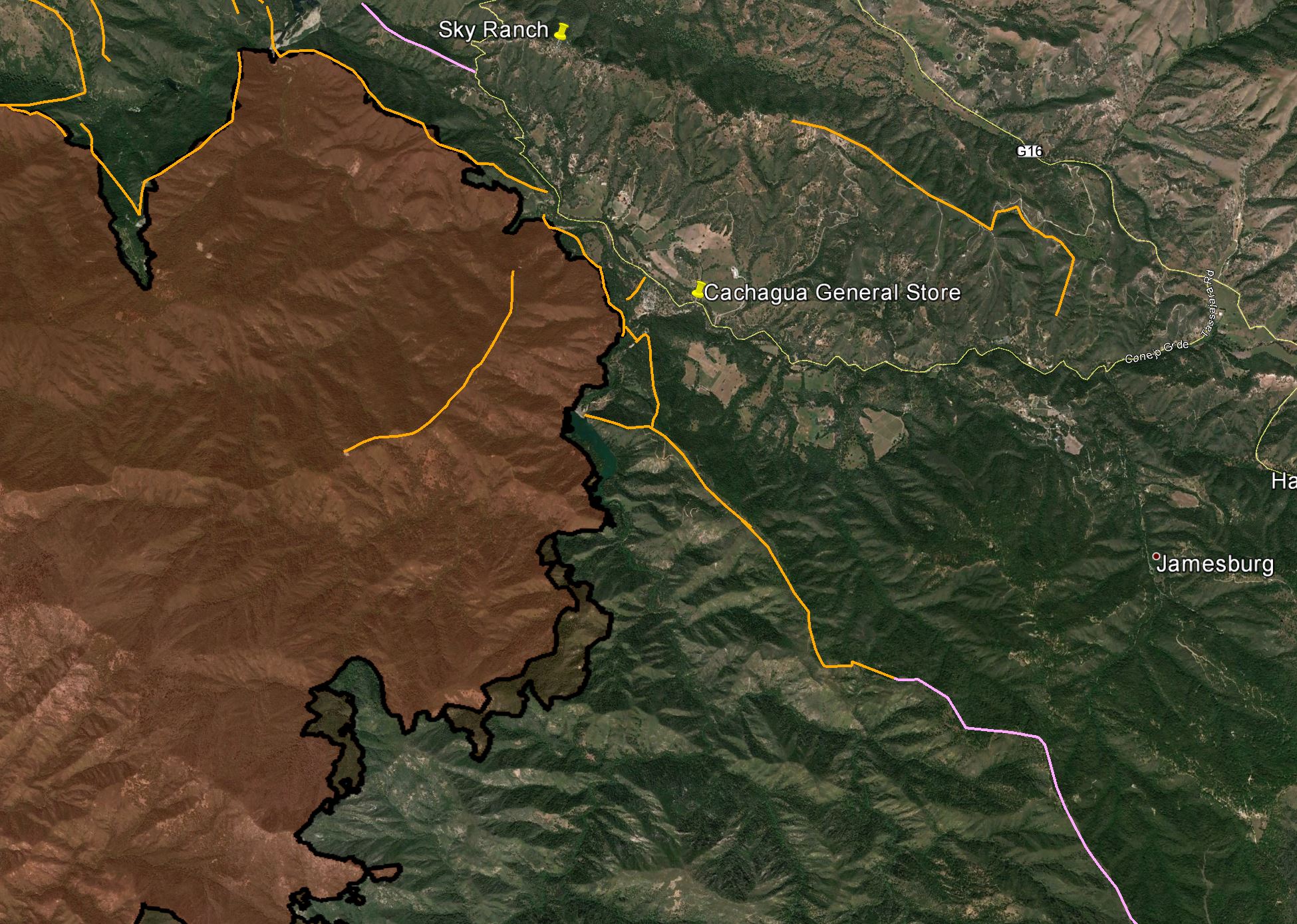 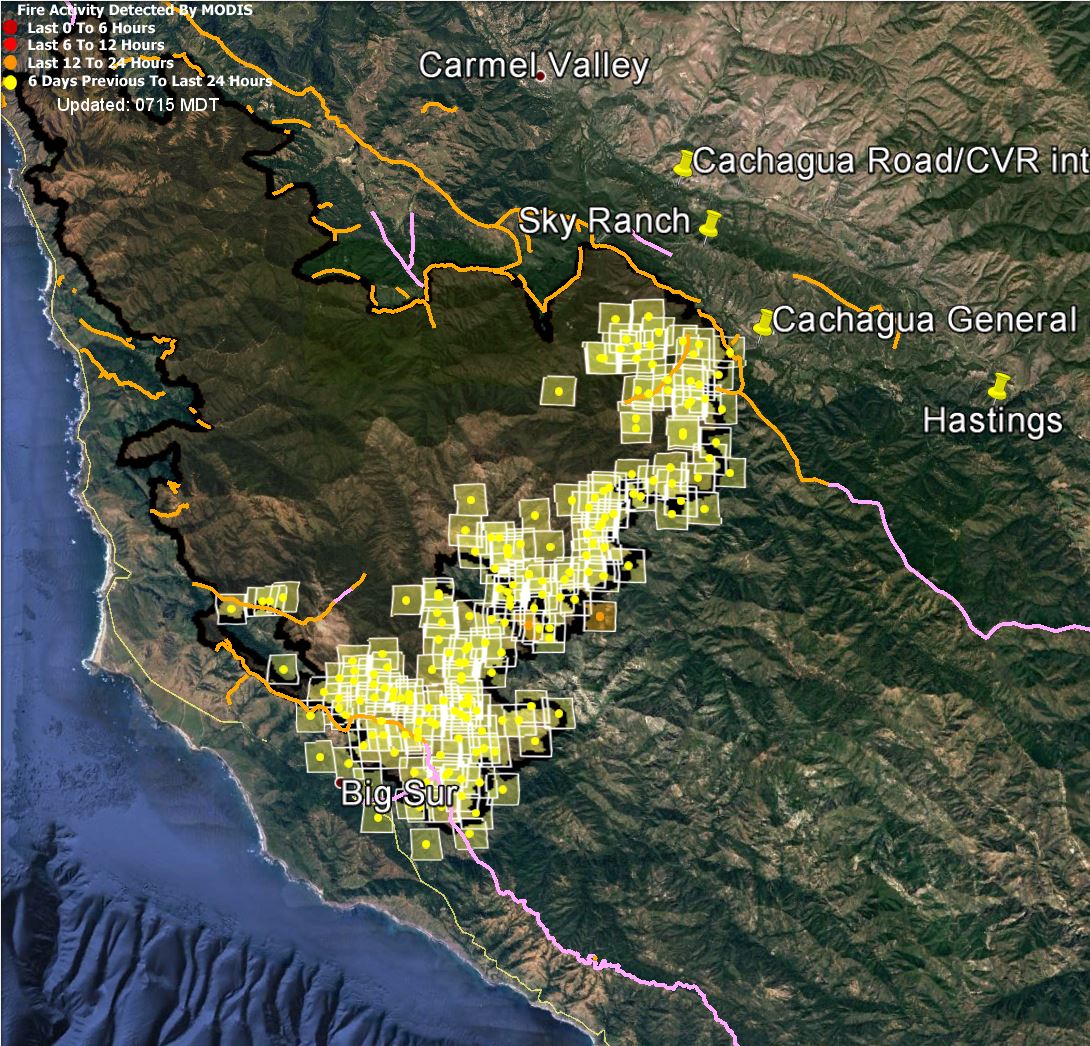 Last night’s VIIRS may doesn’t look quite so good: 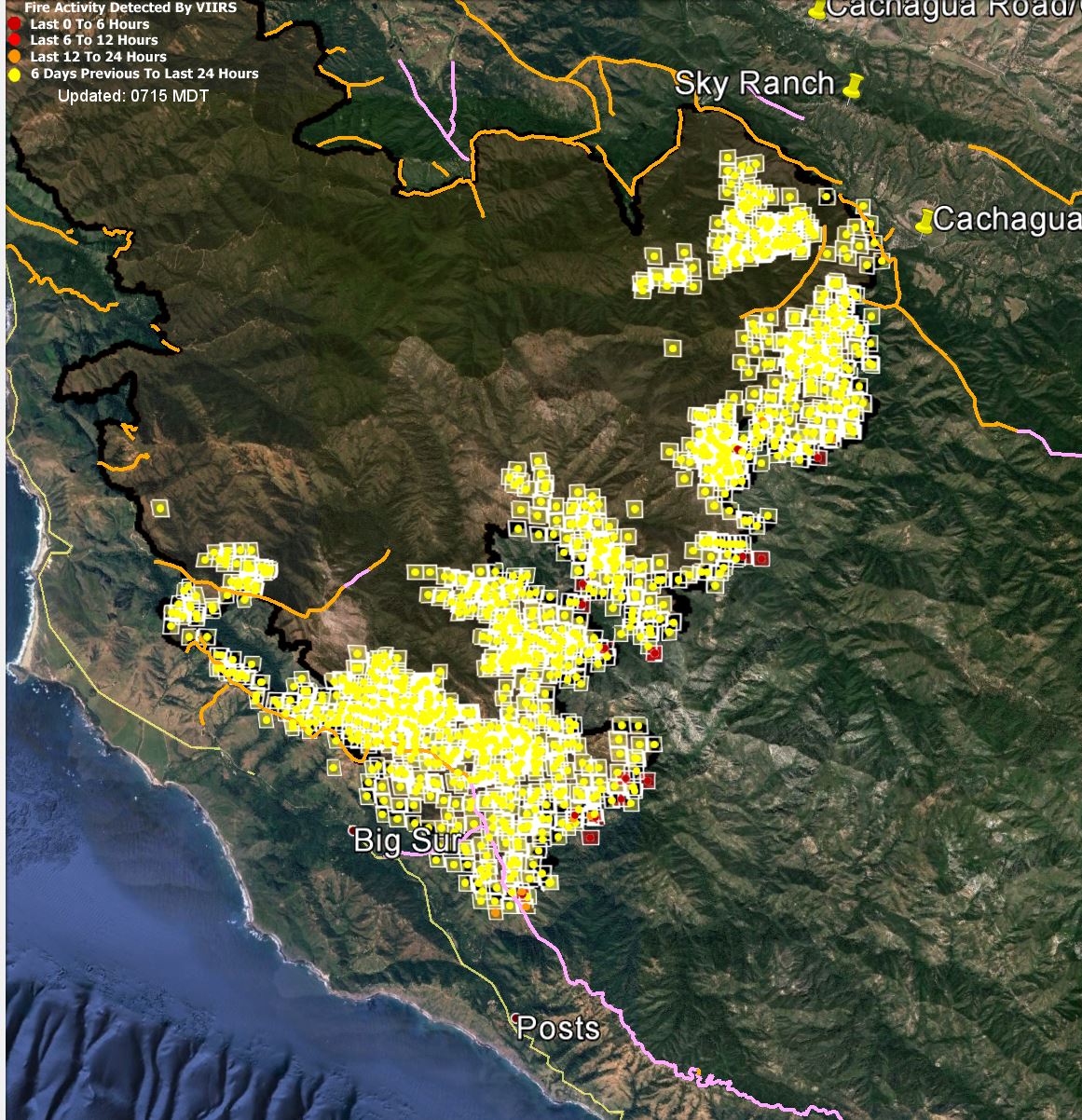 In the west, we see one hot spot near the fire break that could be back burning, and the continued advancement towards the southeast, plus the joining of the two parts of the fire that had grown apart: 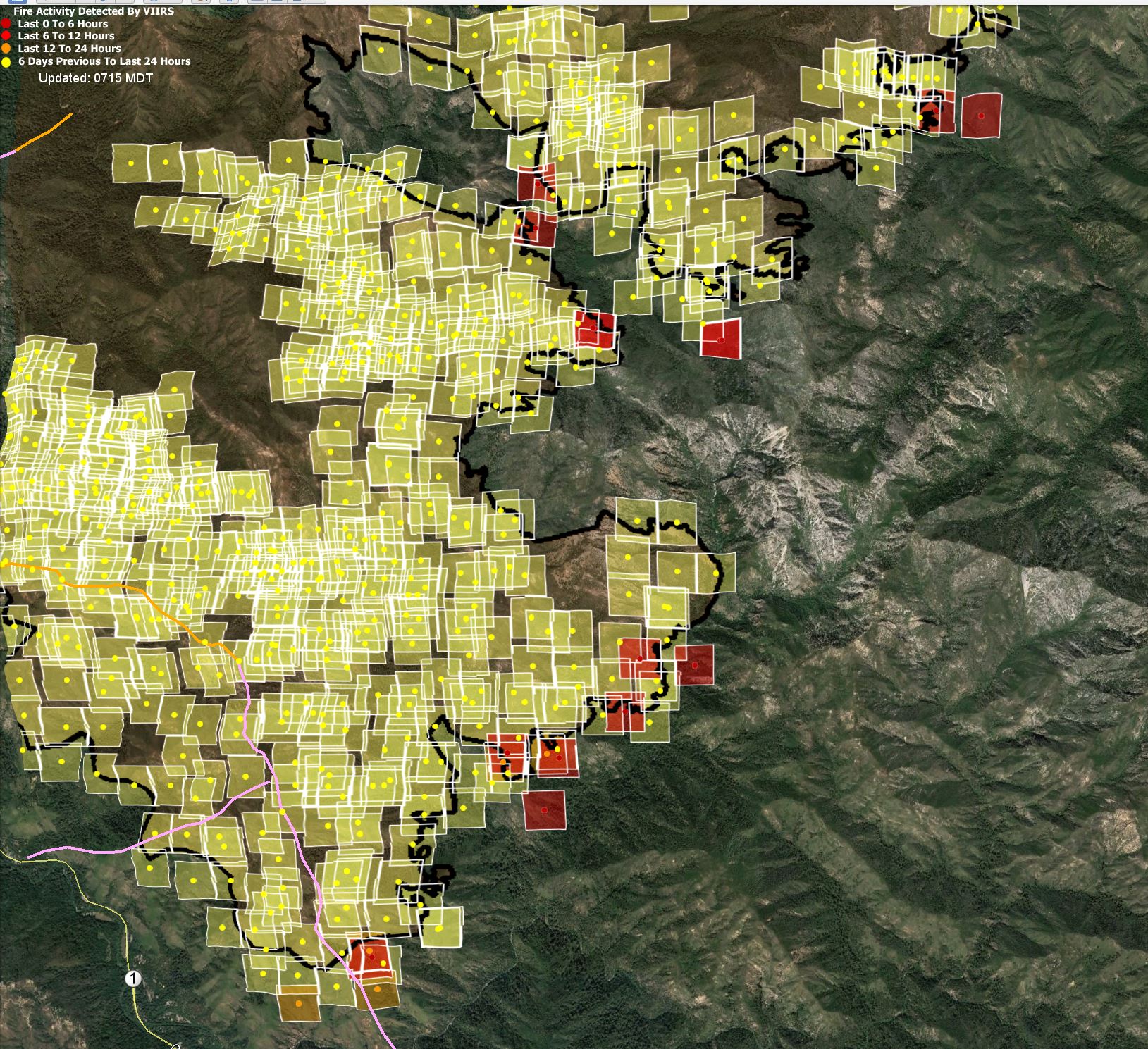 In the east, there is fire moving slowly to the southeast: 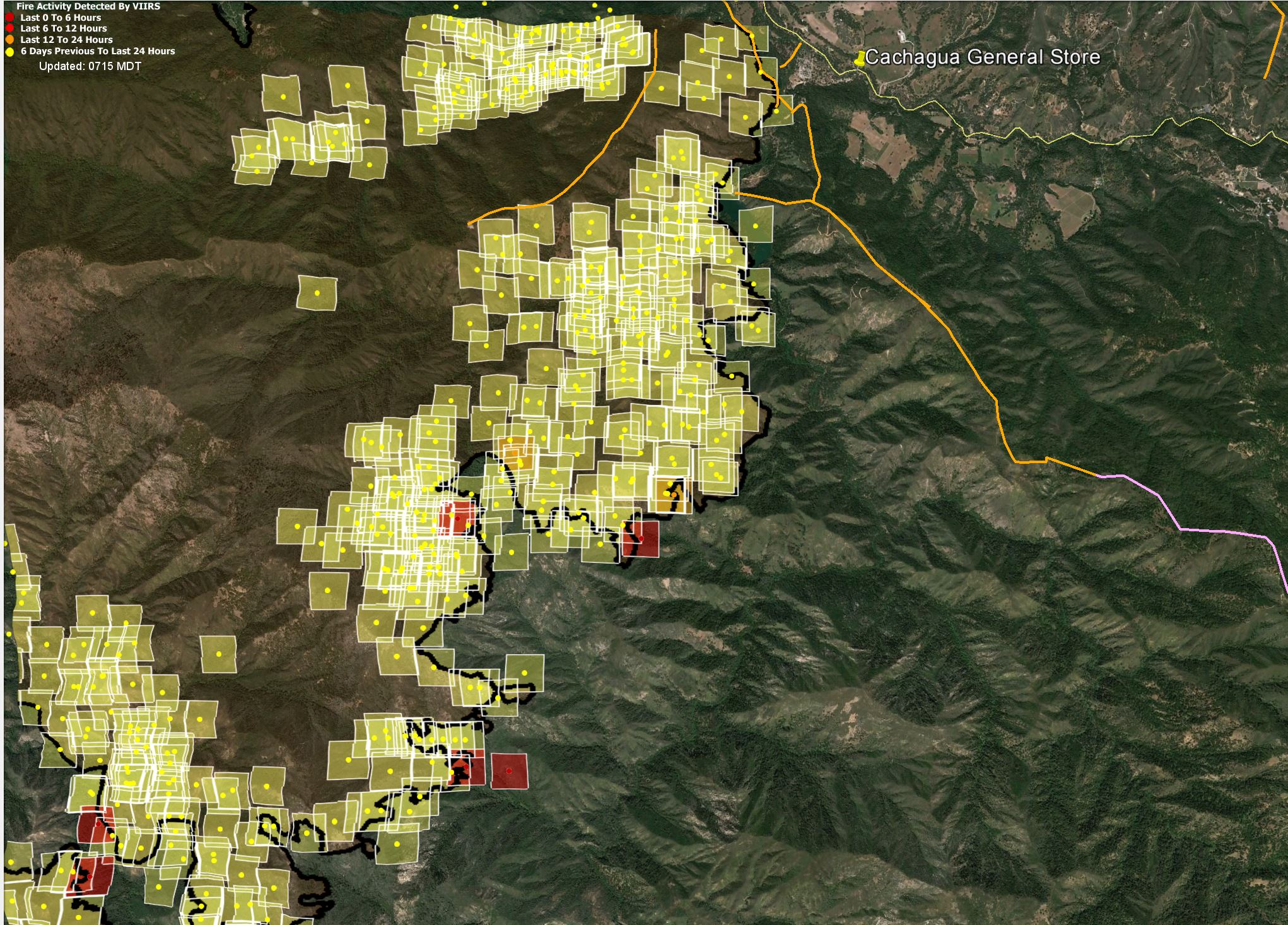 The next MODIS pass looks more like the VIIRS data, but with lower resolution and less sensitivity: 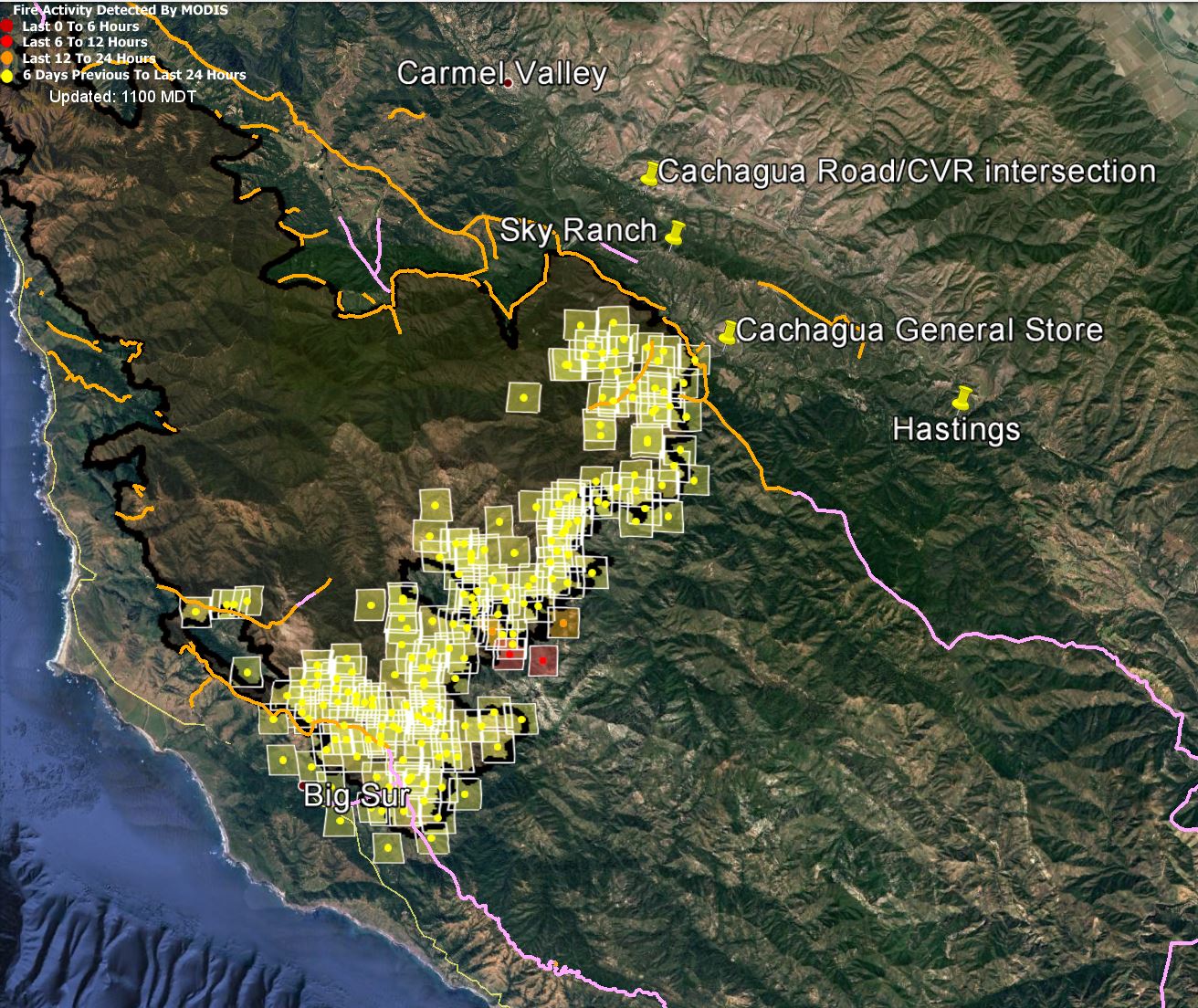 The second VIIRS pass of the day added not much more inthe way of hot spots: 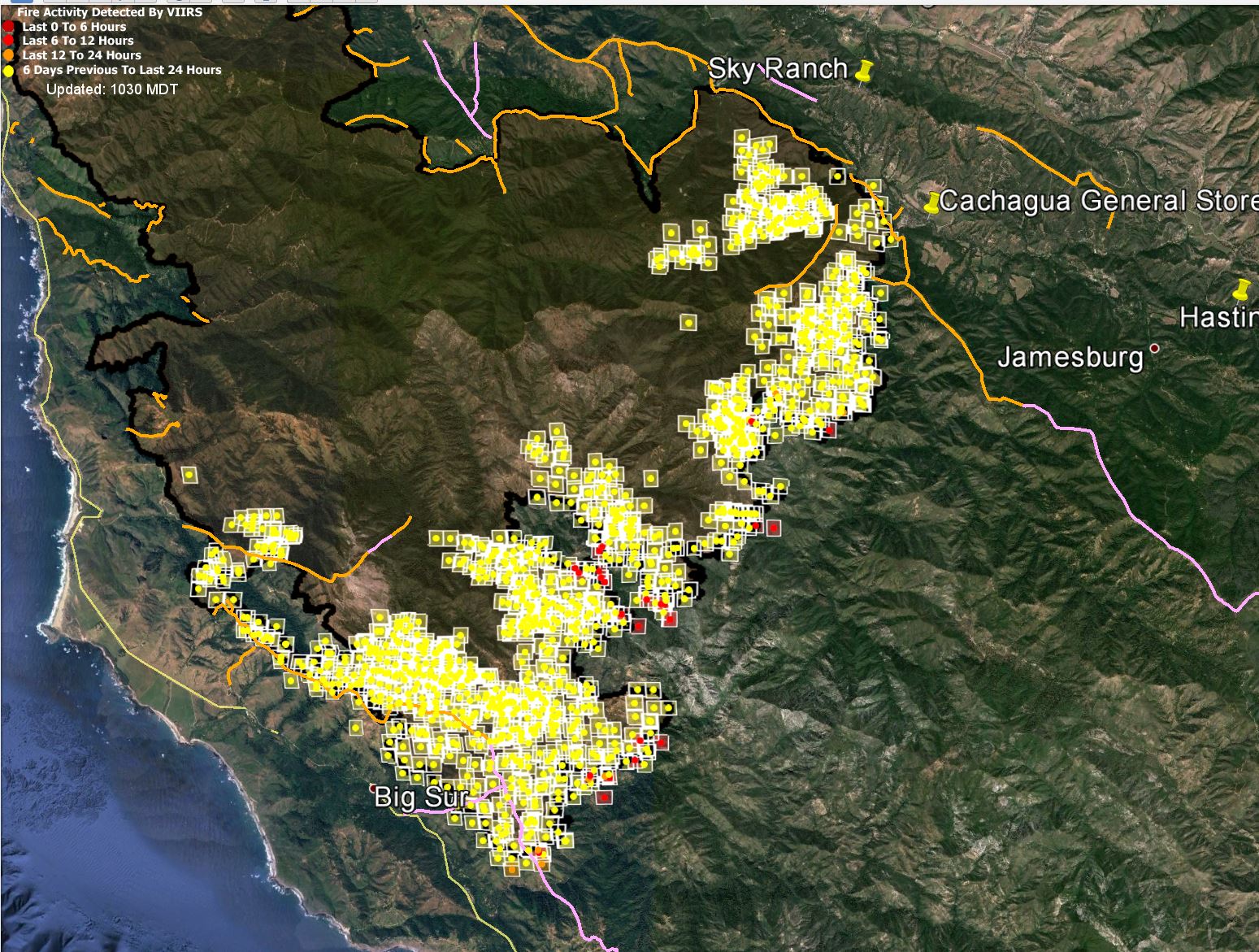 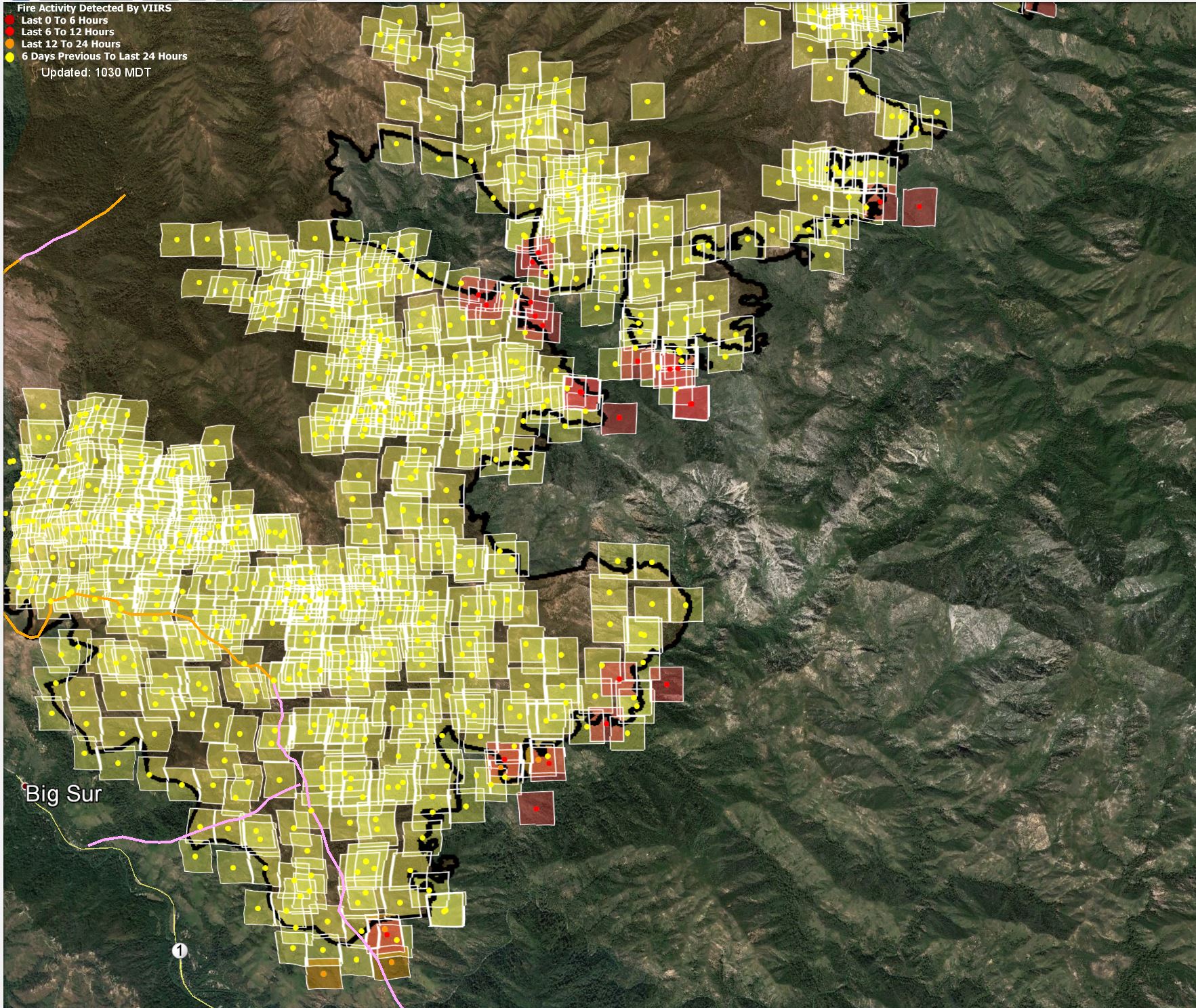 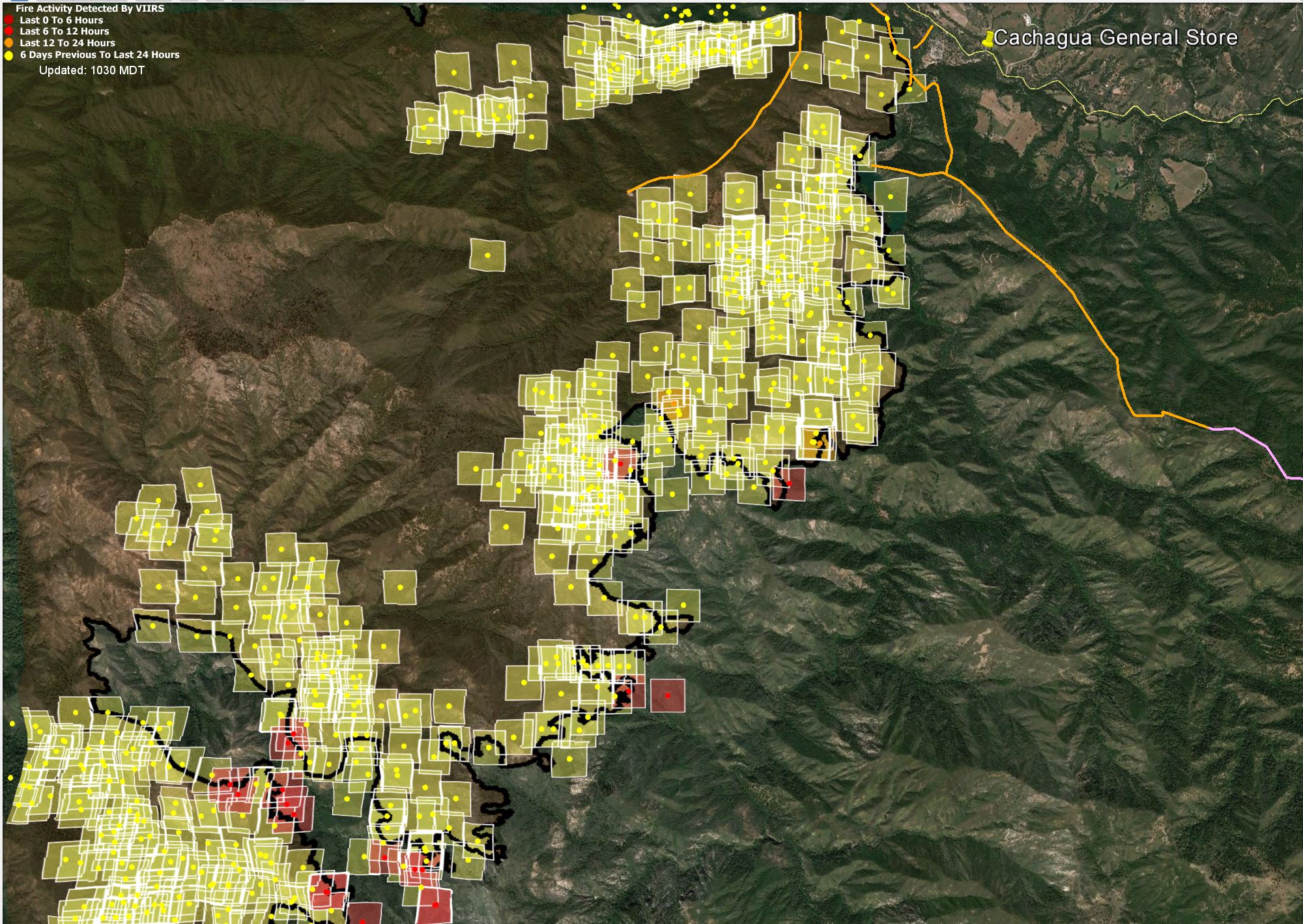 Another MODIS pass and a VIIRS pass late in in the dat show activity in the west along the fire lines that looks like back burning, but would be scary if it weren’t:

Yesterday’s MODIS visible and IR/UV pictures are looking less dramatic than earlier in the fire, which is a good thing: